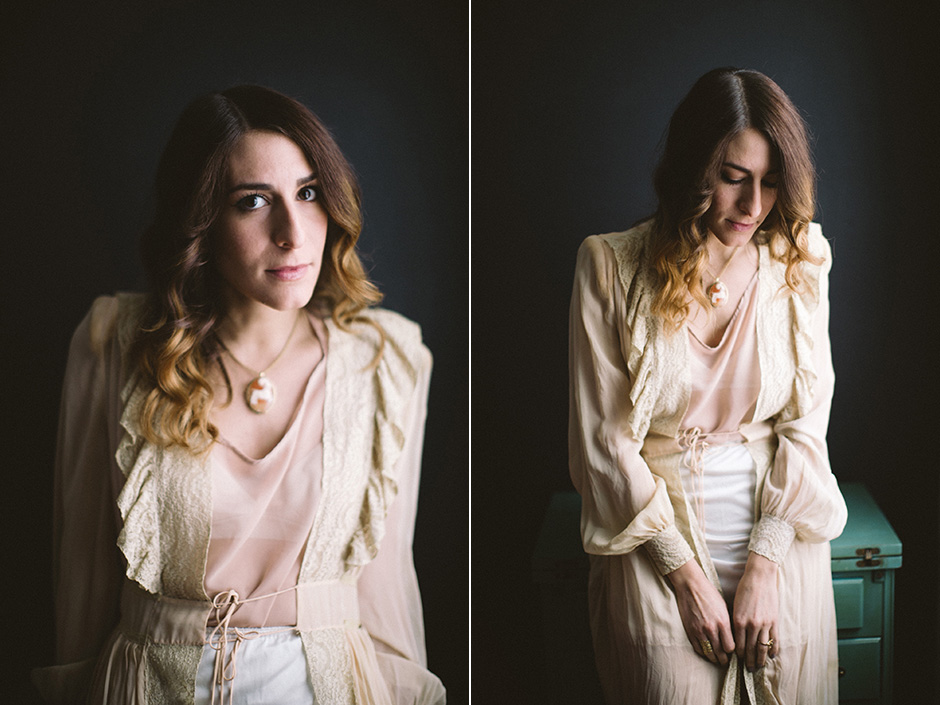 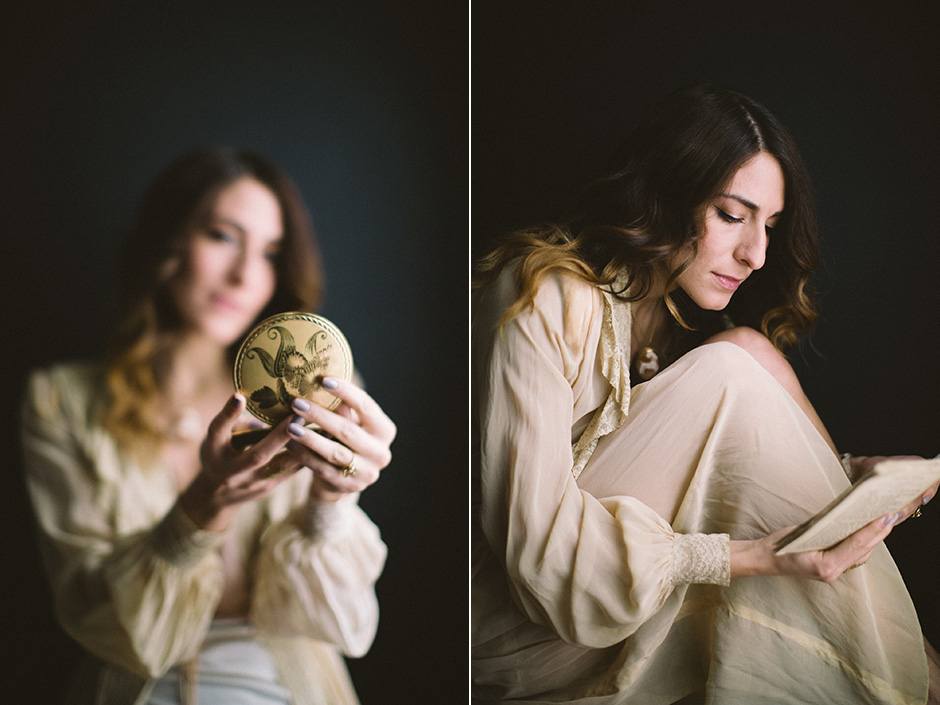 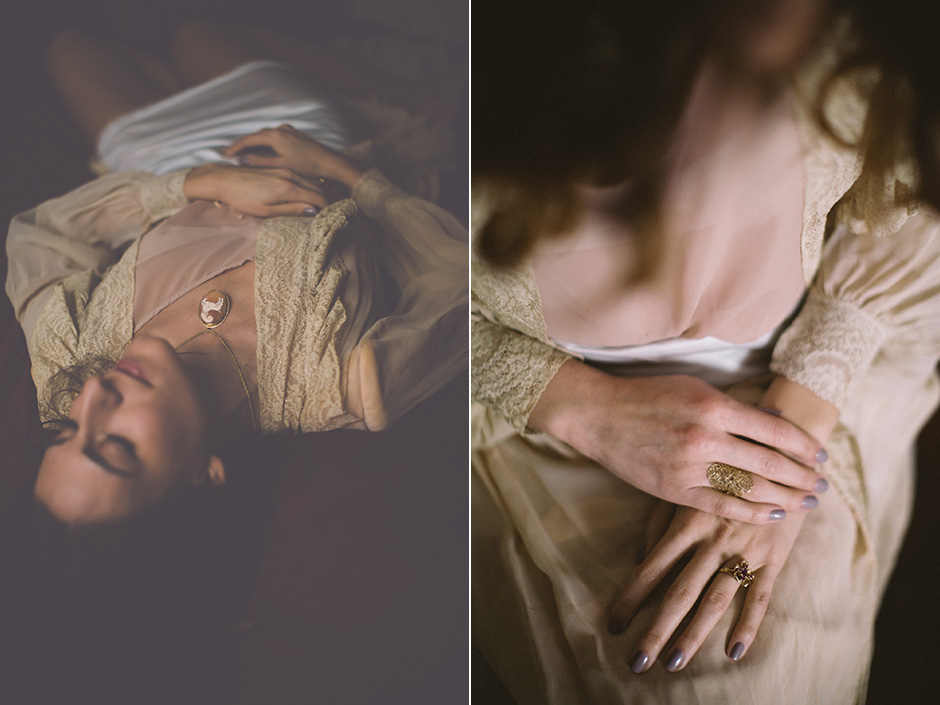 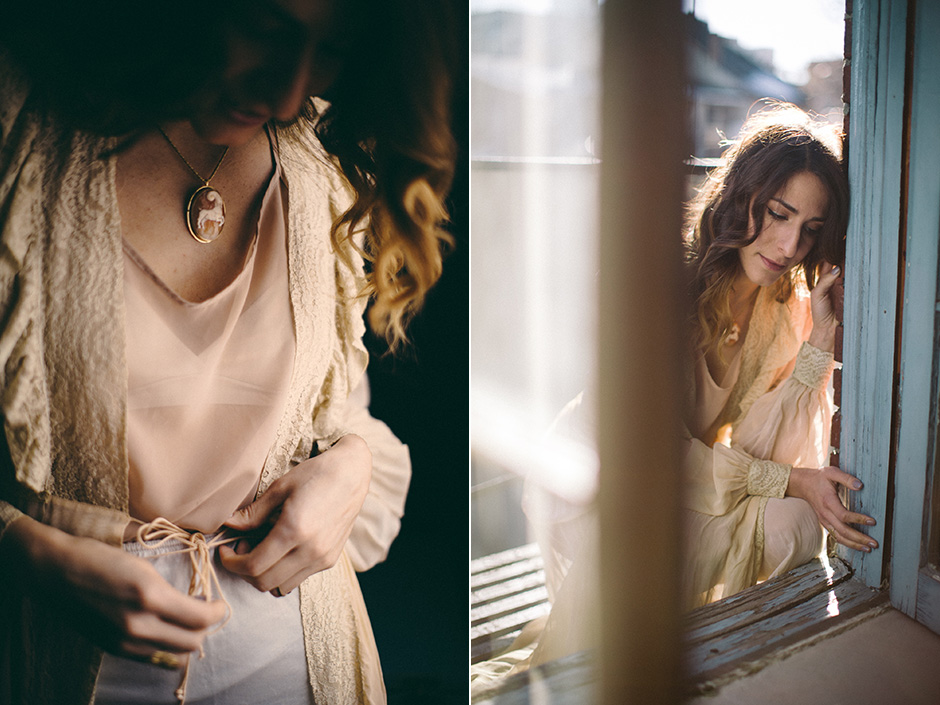 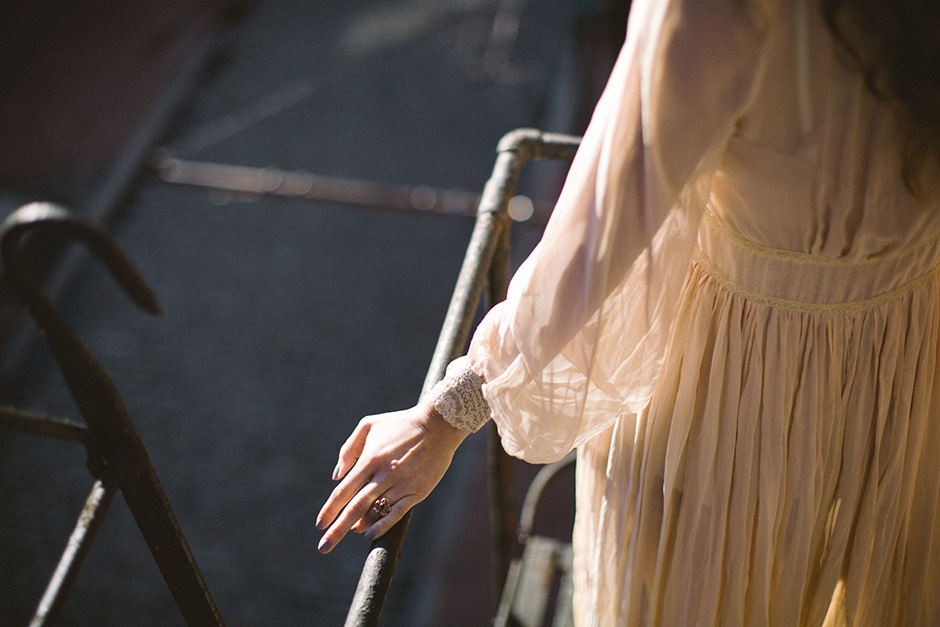 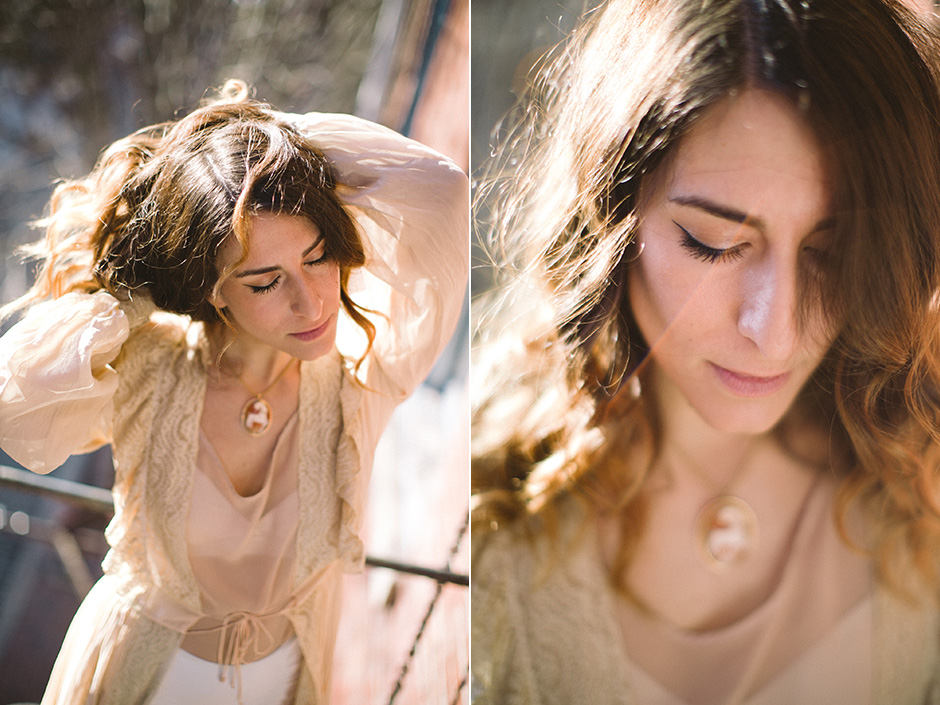 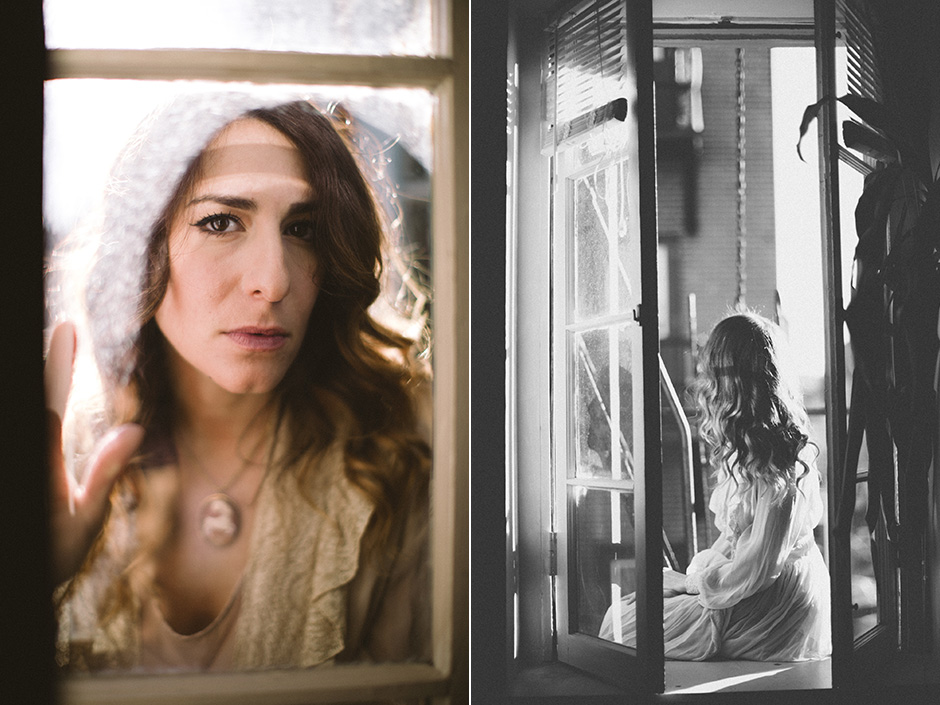 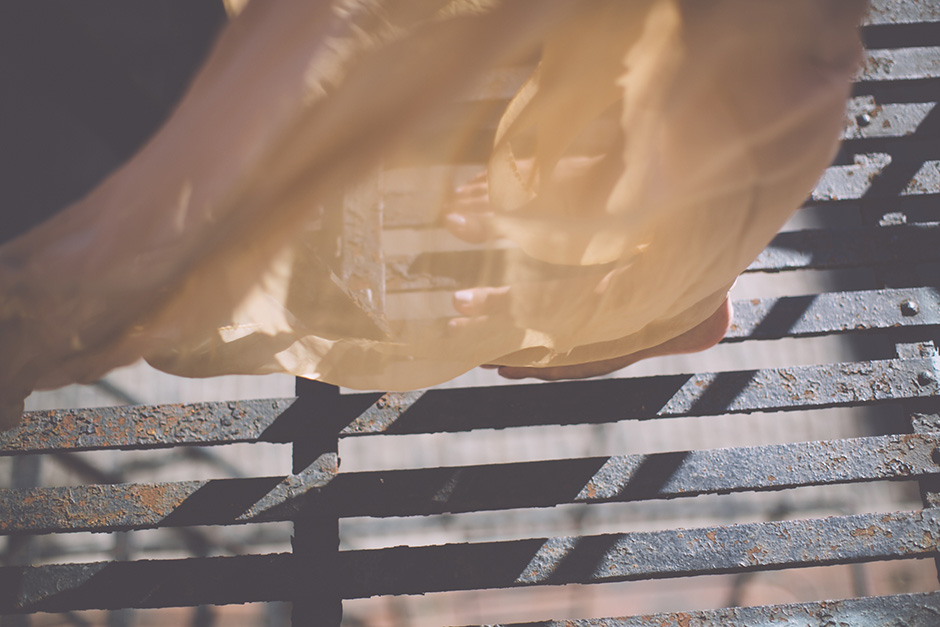 For my latest Vintage Beauty project shoot, I was in for a treat. Leah contacted me with some photos of her grandmother’s vintage nightgown.

Leah shared some family history behind this beautiful lacy piece.

“The robe was purchased in 1947. My grandmother bought it specifically for her honeymoon. They were supposed to go to The Nevele on their honeymoon, a resort that closed in 2009. It’s located in upstate NY. It was a part of the so called Borscht Belt, or Jewish Alps, which is a colloquial term for the mostly defunct summer resorts of the Catskill Mountains in parts of Sullivan, Orange and Ulster counties in upstate New York that were a popular vacation spot for New York City Jews from the 1920s up to the 1970s. They were from Camden, not NY though. They never made it to the Nevele because a huge snowstorm hit! They went to NYC instead for the weekend.”

The necklace Leah was wearing for the shoot came from her other grandmother. It was truly special seeing Leah wearing something from both of her grandmothers. Faded memories and vague connections with the past contributed to the whimsical and dreamy mood of our shoot. Thanks for the magical experience Leah!

Eva and Arthur having a moment together on their w

Happy wedding day to Marissa and Ryan! So excited

It’s too hot to do anything today! But the refre